and should be treated as such since it constitutes a serious problem for health and healthcare costs.

Definitions
IPO-NUTRITION (malnutrition) affects a large part of the elderly population and at least 30% of people hospitalized, in Residential Care Facilities and/or subjected to major surgeries. If this condition is not recognized and corrected during hospitalization, the risk of various complications (particularly infections) increases and it can worsen the prognosis.
HYPER-NUTRITION (malnutrition for excess / obesity) also concerns a large part of the population and is characterized by an accumulation of fat mass and an equally significant increase in morbidity and mortality. The main causes of obesity are bad eating habits, physical inactivity and reduced energy consumption.

Clinical picture
Malnutrition has a negative impact on both the development and the evolution of various diseases, it determines healing time, the consumption and the effectiveness of drugs, the quality duration of life of those affected. Underestimating  the importance and prevelence of malnutrition or leaving it untreated is an “ethical healthcare” problem that requires greater awareness by doctors, institutions and society as a whole.

Hypoalbuminemia and malnutrition: a precise indication.
The treatment of protein malnutrition requires an awareness of its existence and then the ability to diagnose it. This is a complex topic and it has been recently treated in detail (Pasini et al 2013). However, there is a  simple way to test for it because a clinical chemistry laboratory can measure the  plasma albumin. Malnutrition should be suspected and investigated carefully in each patient with hypoalbuminemia, or with plasma albumin <3.5 g/L, which may be considered the threshold value for sarcopenia-wasting cachexia syndrome. 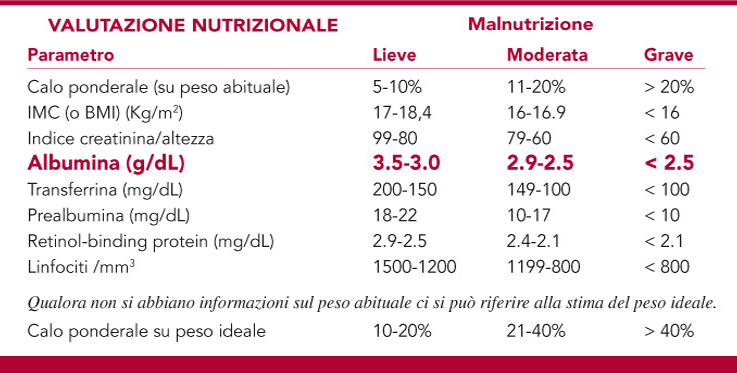 The treatment of choice is the supplementation of adequate amounts of nitrogen in the form of amino acids. Protein malnutrition is characterized by synthesis of albumin deficiency, unlike malnutrition which can be caloric, as in the case of many anorexic patients having normal albumin, malnutrition can be selectively vitamin (the case of the child fed a vegan diet: there was no deficiency of protein, but rather of some very specific vitamins).
Nutrixam indication of FMS in patients with hypoalbuminemia is very specific, because it clearly identifies an undiscussable utilization. The term malnutrition has generic and general valence, and it is even potentially misleading: giving amino acids, peptides or proteins to a patient with predominant caloric malnutrition, or with selective deficiency of polyunsaturated fatty acids, or B vitamins typical of vegetarians, for example, is unnecessary just as it is a mistake to give vitamin supplements in high doses to who are not lacking, but who have malnutrition identifiable with hypoalbuminemia, which is specifically a protein malnutrition.
Moreover, it is established by clinical nutritionists that the evaluation of the success of nutritional therapy can be sanctioned only if the albumin is normalized by the adequate supply of food, which puts an end to the stringent requirements of supplementation, always and only in the opinion of the physician, as clearly indicated for the use of NutriXam FMS.
Furthermore, it should be noted the reason why NutriXam FMS is different and is distinguished from other products based on amino acids. This is due to its particular pharmaceutical-technique: peculiarities of the amino acids is to be absorbed independently of the need of digestion that have proteins and peptides to generate free amino acids, but the essential amino acids have a low level of solubility, and the tendency to aggregate into large crystals that make the dispersion dense creating highly osmolar boluses in the digestive tract causing discomfort for the patient. In addition it makes the use of electronic syringes impossible.
The pharmaceutical technique used for NutriXam FMS processes amino acids with a special “milling process” in such a way as to make the blend near nanomolecular in size  which allows maximum dispersion in water, facilitating intake, tolerability and gradual absorption, minimizing disorder and optimizing the effectiveness of assumption. This pharmaceutical-technique is expensive and sophisticated, and it makes the NutriXam FMS unique when compared to similar products. The specific pharmaceutical-technique makes it particularly suitable for those who have severe problems of absorption or tolerance, typical of similar products commonly used in medical practice.
It is important to remember, as ascertained from international literature, the supplementation of essential amino acids controls the synthesis of proteins in human beings, not the non-essential ones, whose duties are limited to a nutritional role and protein-synthetic of essential amino acids.

Molecular biology, a relatively new science, is providing information that can address many of the questions that have undermined  the rational “to give always what is missing”, and the observed inefficient clinical outcome of this paradigm.
The most striking case was the VINTAGE-MI study (Schulman et al 2006) which in 2005 was interrupted by the ethics monitoring Committee for excess mortality in patients treated with arginine in order to promote the production of nitric oxide by the synthesis of endothelial nitric oxide (eNOS) and improve (enhance) vasodilatation of peripheral districts.
The lesson given by this study has not yet been acknowlegded by all those who should (Lorin et al 2014): dietary arginine induces epigenetically the Arginase 1, which in the liver and red blood cells increases linearly with the size of its introduction. Thus, not only increases the production of urea in a disproportionate manner to the introduction of useful nitrogen, but in the peripheral districts, there where the red blood cells are stacked due to reduced luminal calibre, the increased concentration of arginase in red blood cells causes destruction of arginine and loss of substrate for eNOS  and vasodilation (Yang et al 2014). 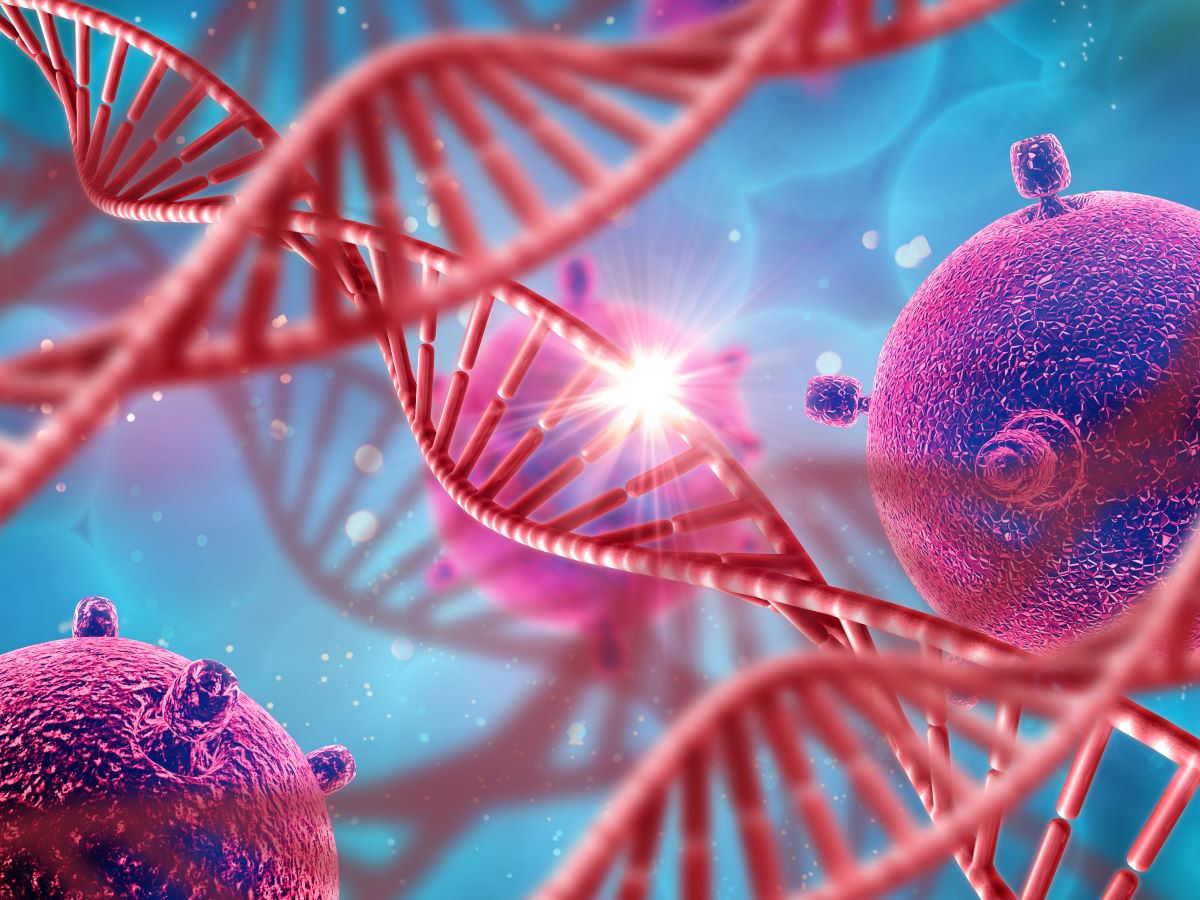 A different but similar issue regards glutamine. Glutamine is the most abundant amino acid in food proteins and the epithelium of our gut is very efficient to eliminate it and prevent its absorption. If this were to happen, the toxicity of glutamine on the central nervous system would materialize with neurological symptoms, the so-called “Chinese Restaurant Syndrome” or MSG, mono-sodium glutamate.
The condition is characterized by deficiency of arginine and glutamine, two amino acids so-called “conditionally-essential” because in pathological conditions they can be found in low concentrations in plasma, have to deal with the deficiencies relating to their metabolic origin: the deficiencies relating to transamidation of the -NH2 group of the essential amino acids on the carbon skeleton of an intermediate of the citric acid cycle, the alpha-ketoglutarate in the case of glutamic acid and glutamine, and the availability of aspartate to reconvert the ornithine-citrulline to arginine again in Mori-Gotoh cycle, maintaining the availability of arginine as a substrate for eNOS.
Supplementation of glutamine, not only does not solve the aetiopathogenetic problem of lack of EAA, the NH2 groups donors, but it suppress the glutamine-synthase, and makes the patient unable to create it for suppression of this important enzyme.
There are other interesting problems involved in amino acid metabolism, in particular the relationship between amino acids and vitamins, such as niacin  deficiency induced by single supplementation of BCAA (Branched Chain Amino Acids),  and Leucine excess  causing pellagra (Badawy et al 2013) unless  there isn’t a proportionally increased amount of tryptophan supplied by diet, which is difficult in the malnourished.
There are other distinguishing characteristics of the formula of amino acids contained in NutriXam FMS, and in particular the need to keep the focus of folic acid.
In many conditions in which malnutrition is accompanied by deficiency of hemoglobin synthesis resulting in anemia unresponsive to iron and vitamins, the problem is, again, biochemical and metabolic, and only a special relationship between cysteine, methionine and serine can solve the problem of folate-B12, which could be present in normal amounts in the plasma, but not in an active way, which, for example, is a condition caused by excessive introduction of ethyl alcohol (McNamee et al 2013) or often, by dialysis in patients with chronic renal failure (Hassan 2015).